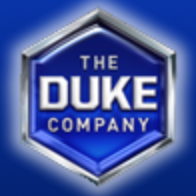 In the April 19, 2014 issue of the Economist featured an excellent article entitled ‘Highways to Hell – A Harsh Winter and Tight Budgets Means Lots of Potholes’.

The article notes that with respect to America’s roads, “$91 billion is spent on them every year, that is nowhere near enough to keep the country’s 4.1 million lies of public roadways in good” condition.  Notably, the article cites a study that references that “32% of America’s major roads were in poor or mediocre condition”.

Interestingly, the article notes that a decline in highway finances stems in part from the tax on gasoline, not being indexed for inflation – resulting in less purchasing power.

In New York State, progressive legislation that calls for highway improvements to be paid by new tolls is already taking place.  For example, the article notes that the “new $3.9 billion Tappan Zee bridge over the Hudson river in New York is financed with bonds that will be paid for by tolls.”

To read the full article on the Economist web site, click here.

By Don Bero.  You can find Don Bero on Google+

At Rock Salt & Ice Control HQ and the Duke Company, we believe in supporting one's community and those in need. We support a number of charitable causes in New York including Breast Cancer Awareness.

Find Us on the Web

Get a Quote Now!